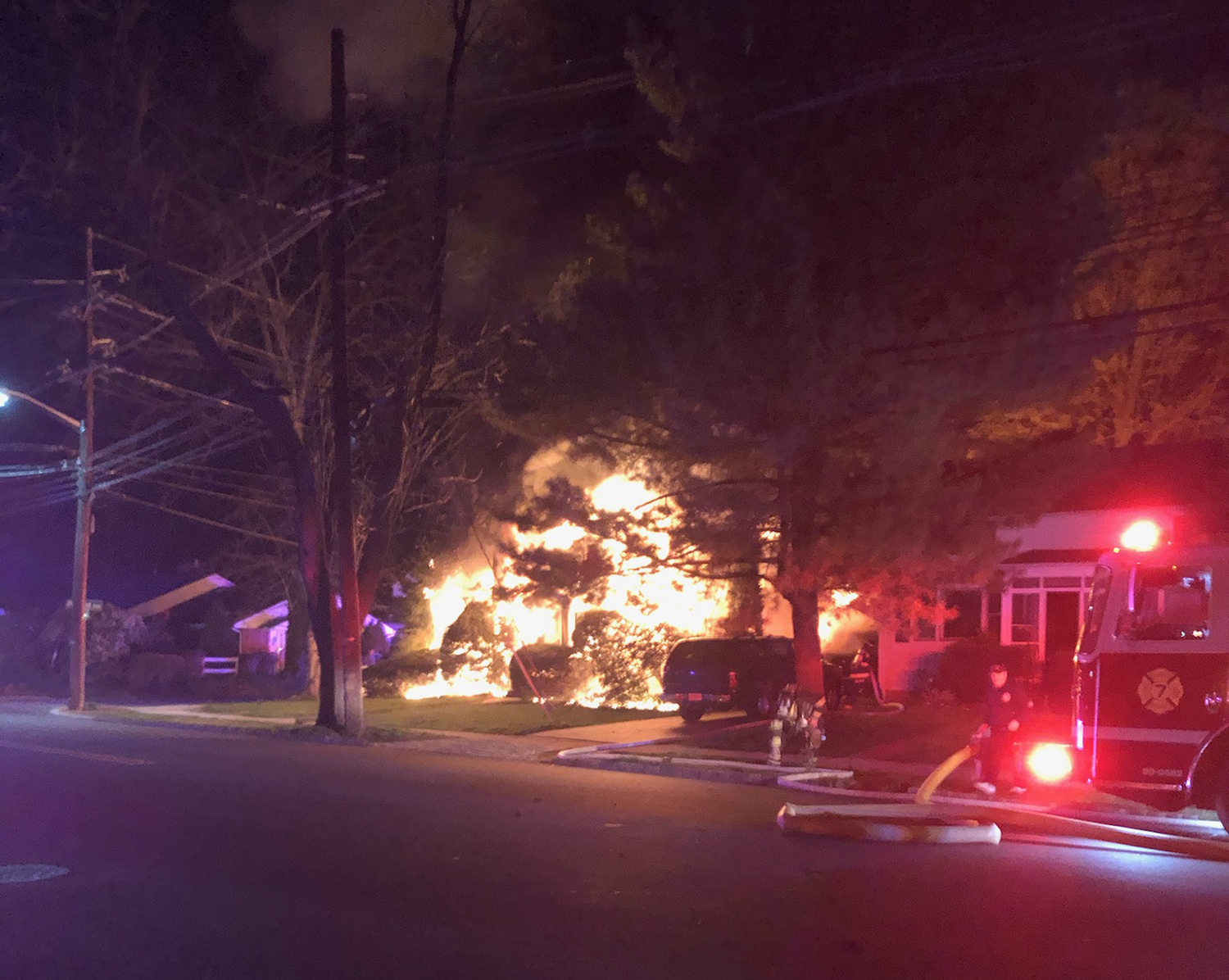 The Rescue Squad responded to a late-night house fire that left several of the owner’s pets dead. The Fanwood Fire Department responded within minutes to a house fire at 244 N. Martine Avenue at Portland Avenue just before midnight Tuesday, April 6, 2021. With the assistance of the Scotch Plains and Westfield Fire Departments, the major fire was knocked down within 45 minutes and was declared under control shortly after 1 a.m.

No injuries were reported. However, several pets were unable to escape the flames. The cause of the fire is under investigation. Quick work by firefighters helped save the house next door, which suffered some exterior damage. The Mountainside Rescue Squad and Union County EMS also responded.