New ambulance is back!

New ambulance is back! 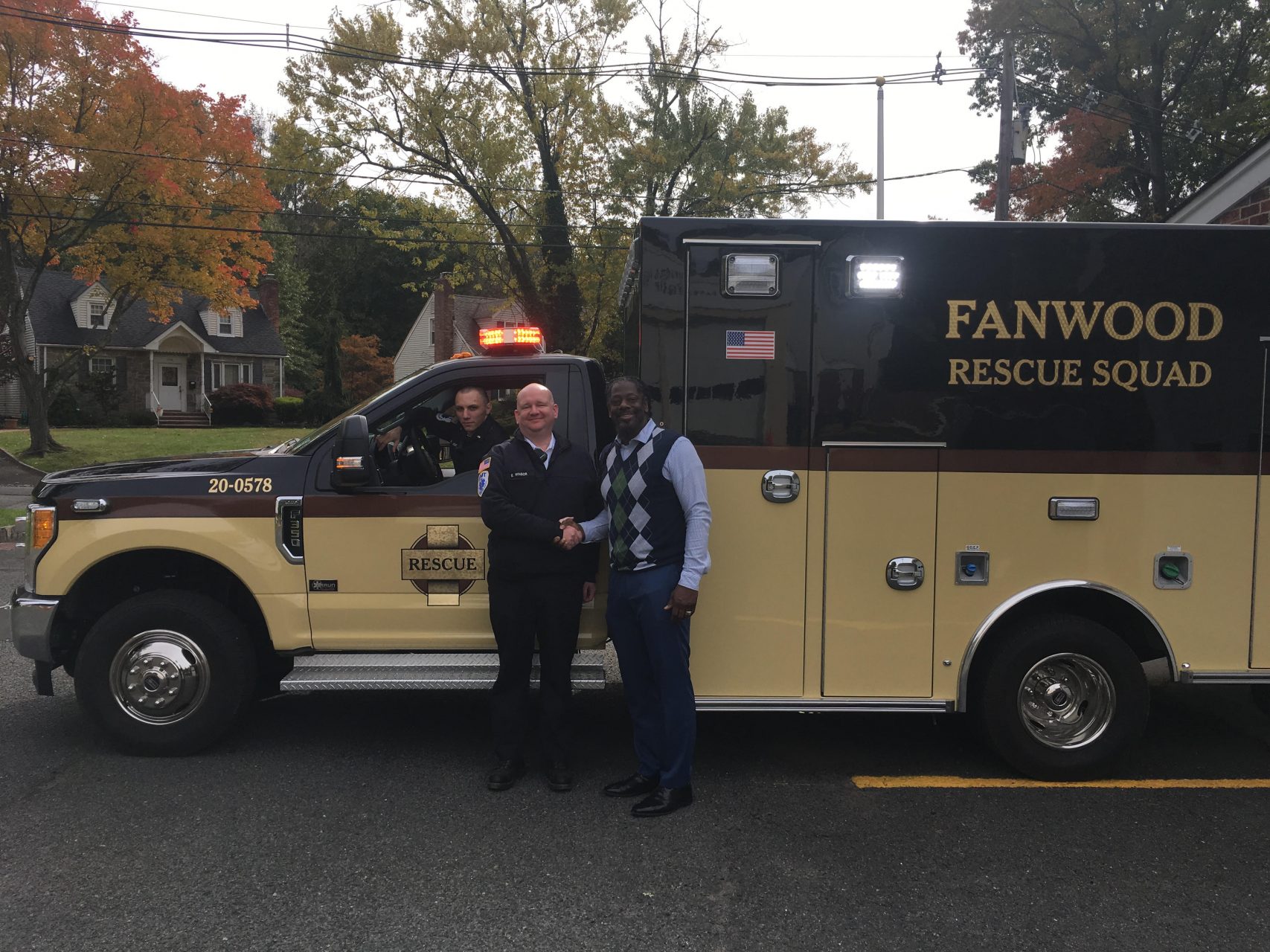 Shown above is our squad 2nd Lieutenant Adam Miksis (in the driver seat), squad President Ed Winsor and Councilman Anthony Carter (standing, shaking hands in congratulations for the new ambulance being back and officially in service!)

New ambulance 578 was welcomed back by Councilman Anthony Carter and Squad President Ed Winsor and 2nd Lieutenant Adam Miksis. Our new ambulance has officially been in service for one week now!