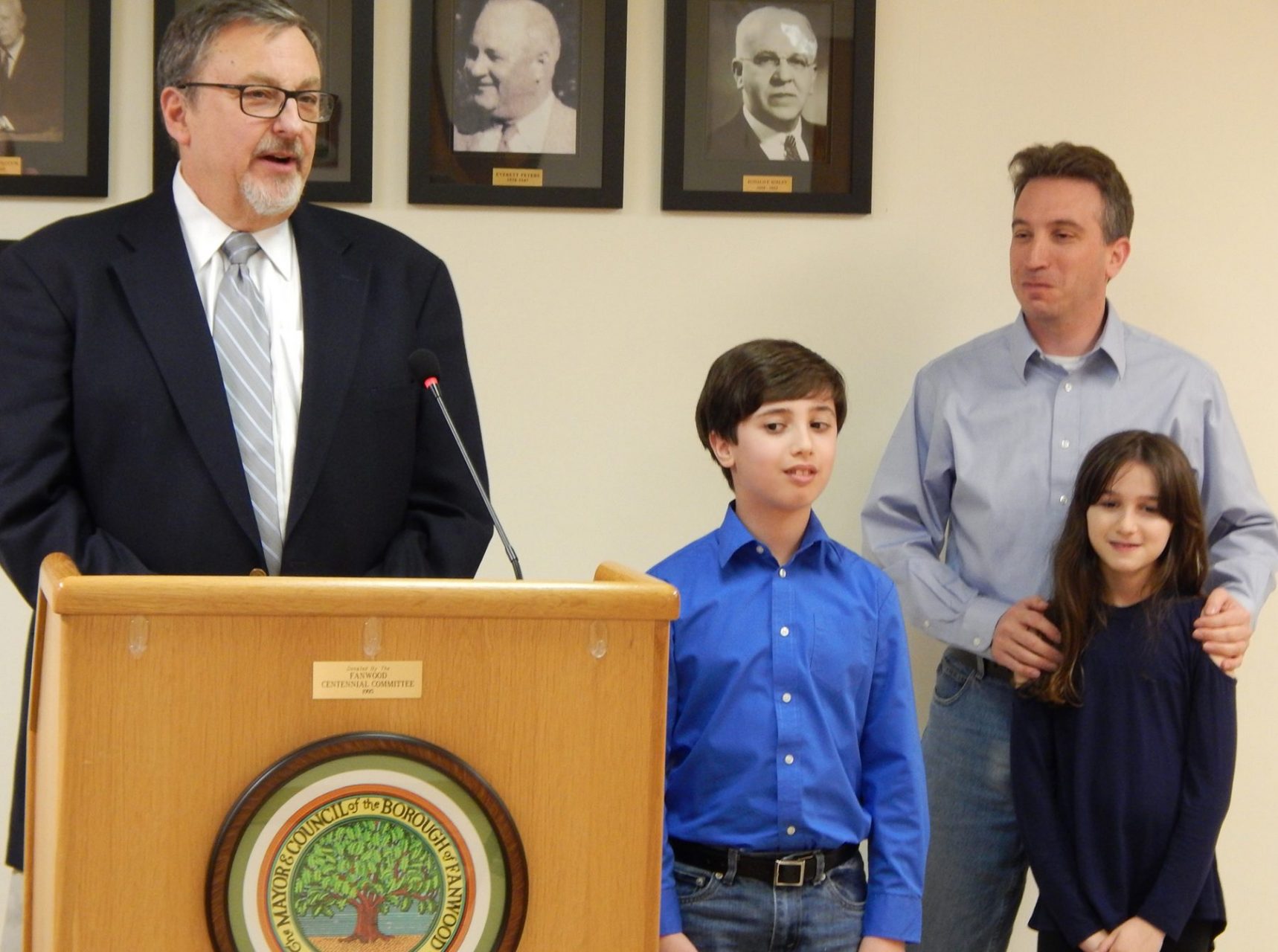 Wesley Lewis, 12, son of Squad Sergeant Ian Lewis, was recognized as Fanwood’s Volunteer of the Month by the Mayor and Council for his work in support of the annual Go Red for Women’s Heart Health campaign. Wes, who is being Bar Mitzvah’d in September, did his mitzvah project of spreading the word about heart disease in women, raising $350 for the American Heart Association and participating in the Go Red event at The Chelsea on February 2nd. Wesley was accompanied by his sister, Elana, and father Ian. Wes was presented with a print of Fanwood’s historic train station by Councilman Tom Kranz.