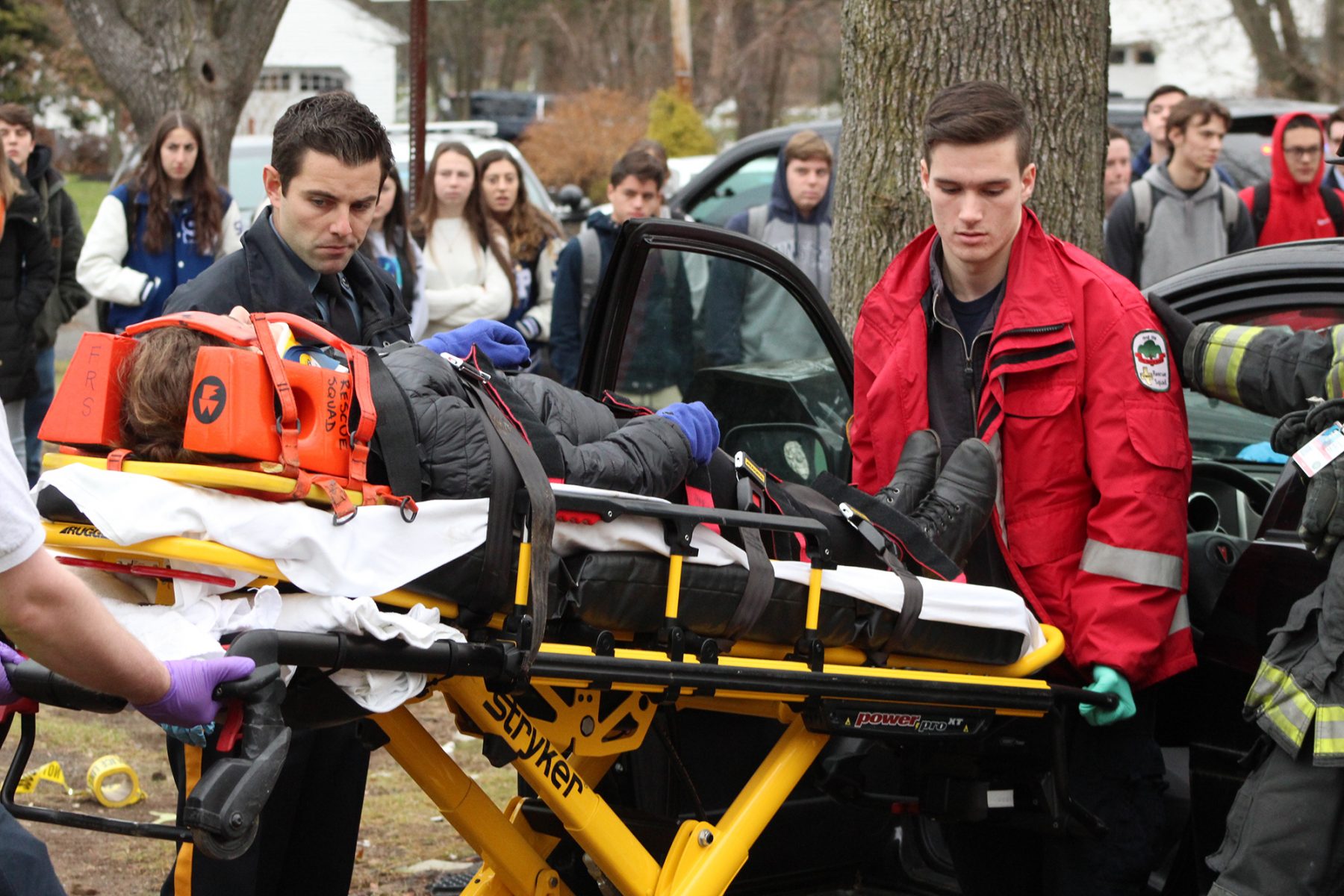 Rescue Squad members Ian Lewis, Ed Winsor, Nick Route and Madison Lawton took part in a startlingly real enactment of a distracted driving crash outside Scotch Plains-Fanwood High School on December 12th. Sponsored by the Scotch Plains and Fanwood Police Departments and emergency personnel along with the Distributive Education Clubs of America (DECA), students from Scotch Plains – Fanwood High School, the Municipal Alliance Committee and the Scotch Plains-Fanwood PTA Chemical Dependence Committee, the event took place on Happel Court, which was closed to traffic for much of the day.

The scene included a car that slammed into a tree, students acting as patients, one of whom “died”, and a distraught mother, also an actor. Fanwood Police, Fanwood Rescue Squad and Scotch Plains Fire Department responded to the scene and staged a full extrication of the patients, who were made up with fake blood. The scene was repeated for each high school gym class and was designed to show the real effects of distracted driving. Fanwood Police Chief Richard Trigo and Scotch Plains Police Chief Ted Connelly spoke to the students after each enactment. Also present were the Mayors of Scotch Plains and Fanwood, other local officials and parents.