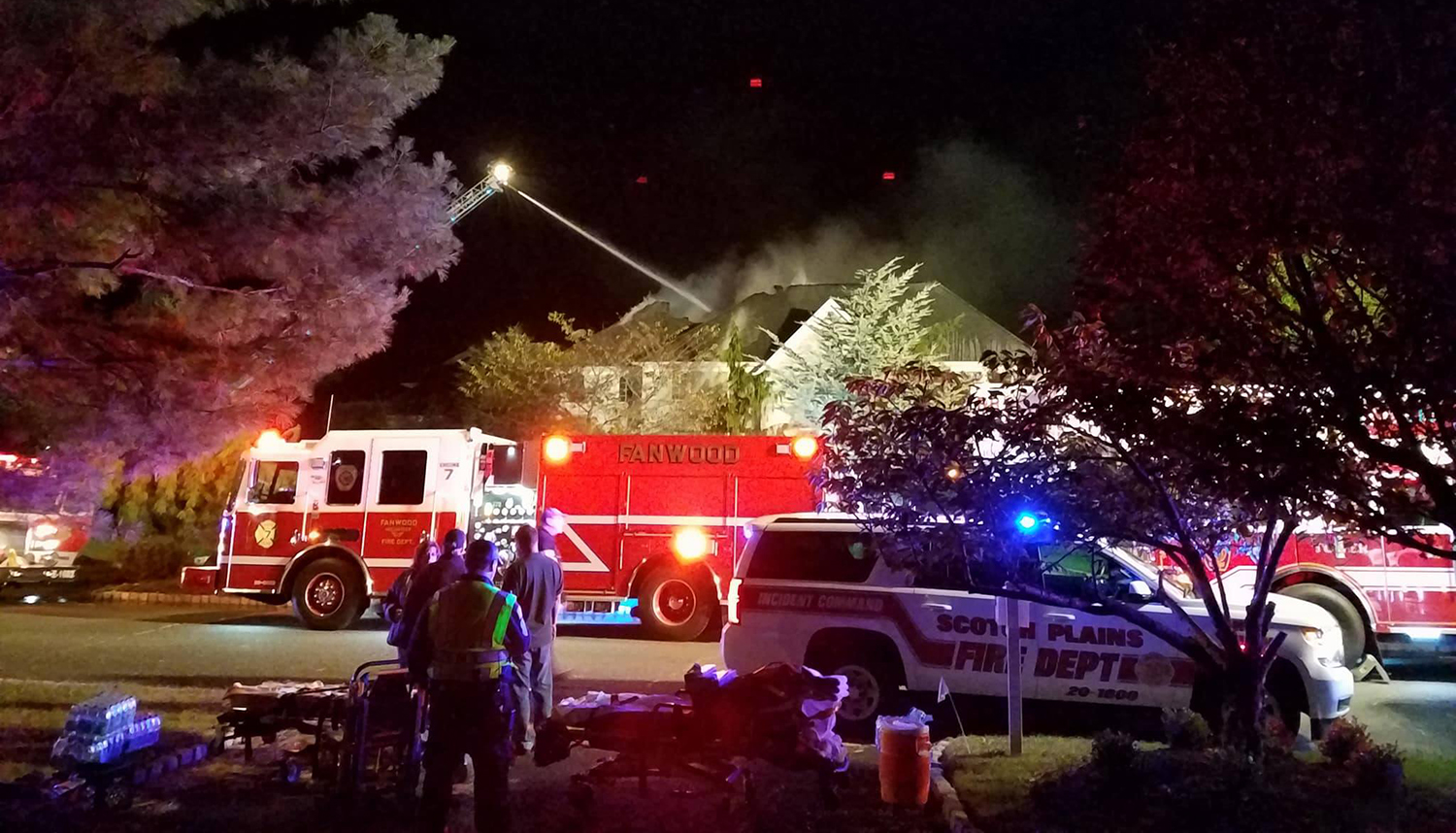 The Rescue Squad joined the Fanwood Fire Department at the scene of a house fire at 27 Winchester Drive, Scotch Plains, early on Friday, October 20th. The fire apparently started in or near the garage and spread quickly up through the second floor. All the occupants got out safely. One Scotch Plains firefighter received a minor burn. Squad members Tom Kranz, Joan Lozowski, Melissa Padulsky, Ed Winsor and Nick Tripodi manned both a Fanwood and Scotch Plains ambulance for rehab of the firefighters and to transport the injured firefighter.