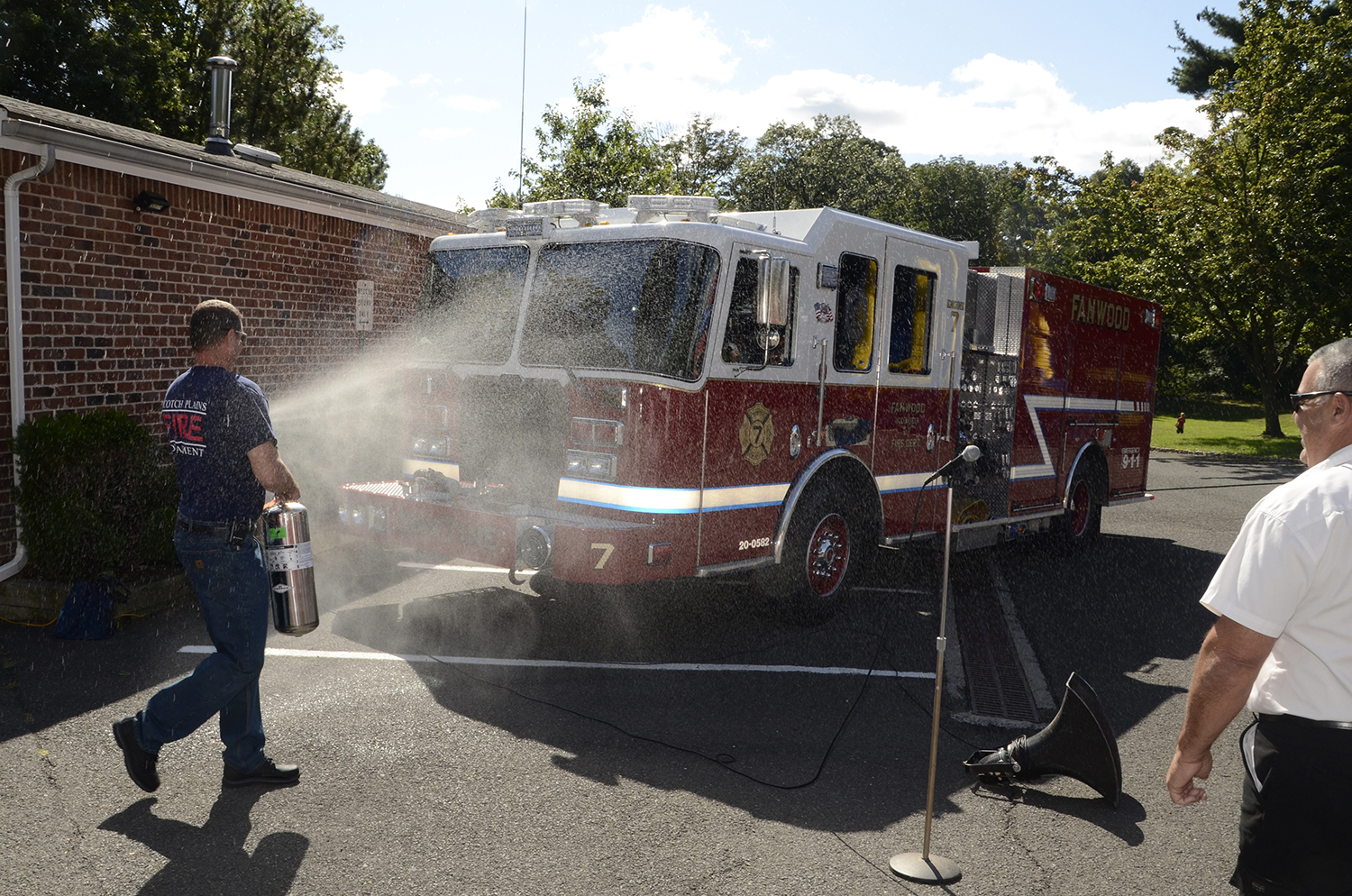 The Fanwood Fire Department dedicated its new Engine 7, a 2017 KME 1500 gallon-per-minute pumper on Saturday, September 9, 2017. It replaces a 1983 Mack pumper, the old Engine 7. Fire Chief John Piccola hosted the event at fire headquarters which included remarks by Mayor Colleen Mahr and a blessing by Rev. David Jahnke of Fanwood Presbyterian Church. In lieu of a traditional wetdown, there was a kind of mini-wetdown performed by Scotch Plains Fire Chief John Lestarchick. The pumper was purchased by the Borough of Fanwood at a cost of approximately $460,000. Council members Tom Kranz, Russ Huegel and Kathy Mitchell were also on hand, along with officers from the Scotch Plains and Plainfield Fire Departments.